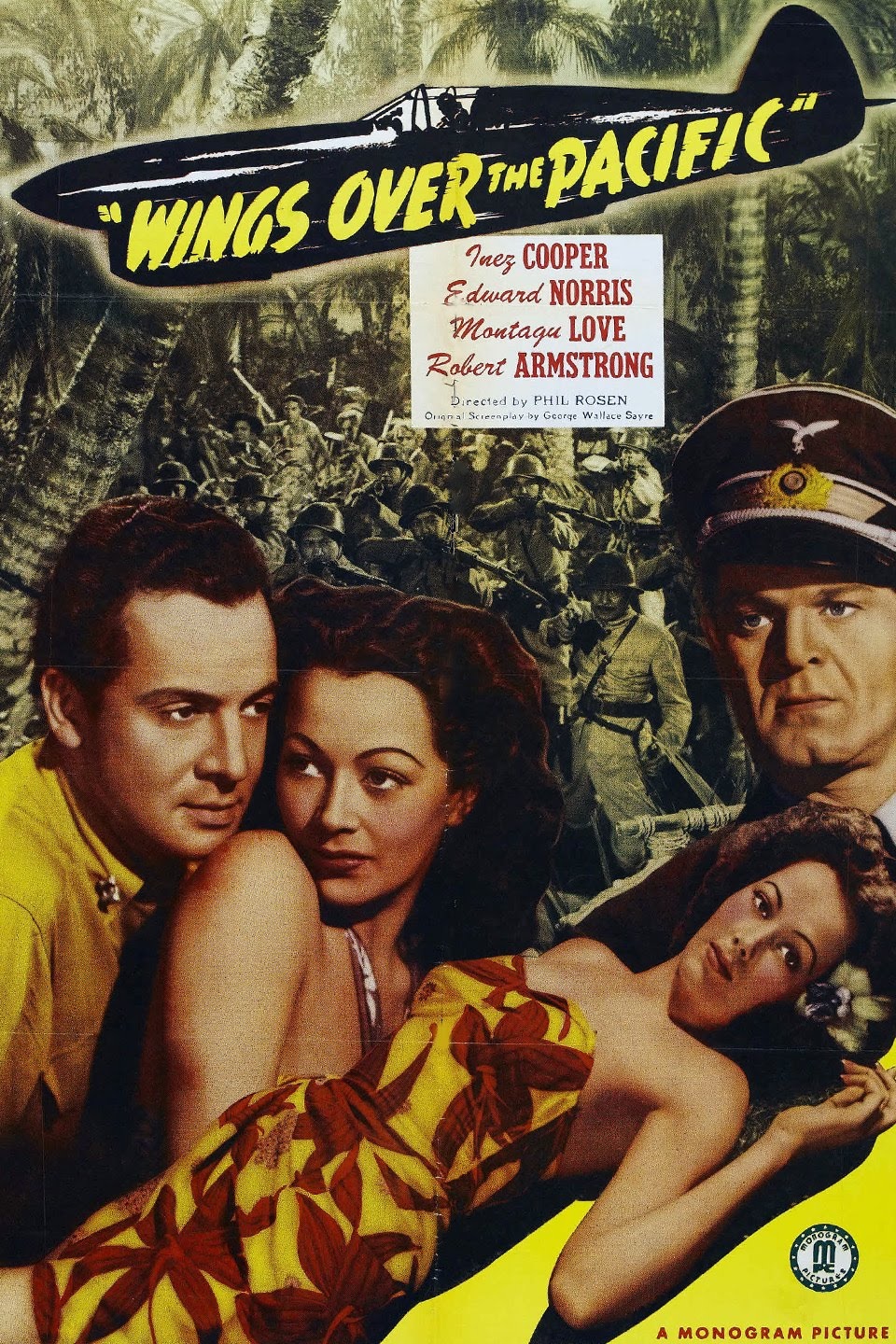 Wings Over the Pacific (1943). A Navy pilot (Edward Norris) and a Nazi pilot disturb a World War I veteran (Montagu Love), his daughter (Inez Cooper) and natives. The Nazis plot to take over an island in the Pacific on which oil has been discovered. The drums of war are pounding in the distance, and American expatriate fears that the tiny South Pacific island he and his daughter Nona call home will soon be caught in the fray.