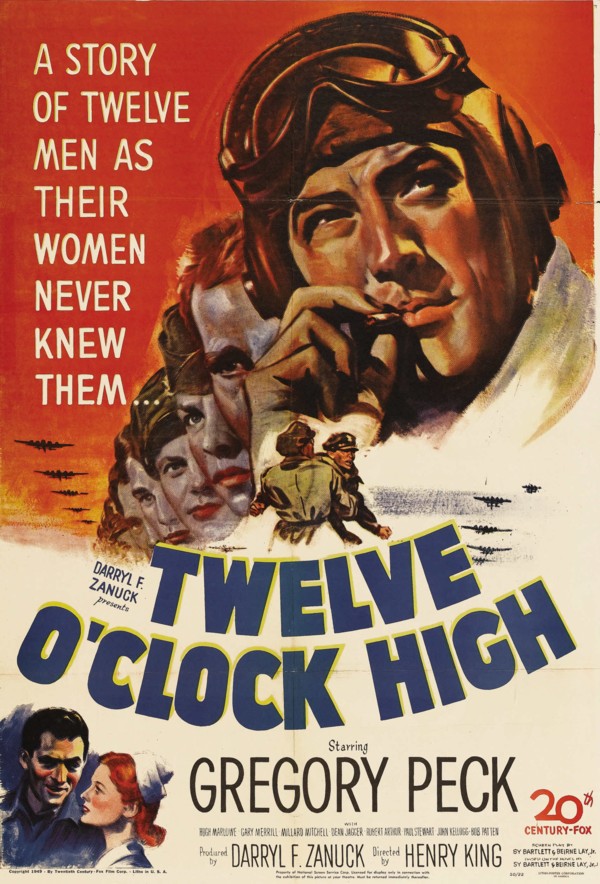 Twelve O’Clock High (1949) The wartime memories of surviving World War II bomber squadrons were still crystal clear when this acclaimed drama was released in 1949–one of the first postwar films out of Hollywood to treat the war on emotionally complex terms. Framed by a postwar prologue and epilogue and told as a flashback appreciation of wartime valor and teamwork, the film stars Gregory Peck in one of his finest performances as a callous general who assumes command of a bomber squadron based in England. At first, the new commander has little rapport with the 918th Bomber Group, whose loyalties still belong with their previous commander. As they continue to fly dangerous missions over Germany, however, the group and their new leader develop mutual respect and admiration, until the once-alienated commander feels that his men are part of a family–men whose bravery transcends the rigors of rigid discipline and by-the-book leadership. The film’s now-classic climax, in which the general waits patiently for his squad to return to base–painfully aware that they may not return at all–is one of the most subtle yet emotionally intense scenes of any World War II drama. With Peck in the lead and Dean Jagger doing Oscar-winning work in a crucial supporting role, this was one of veteran director Henry King’s proudest achievements, and it still packs a strong dramatic punch.