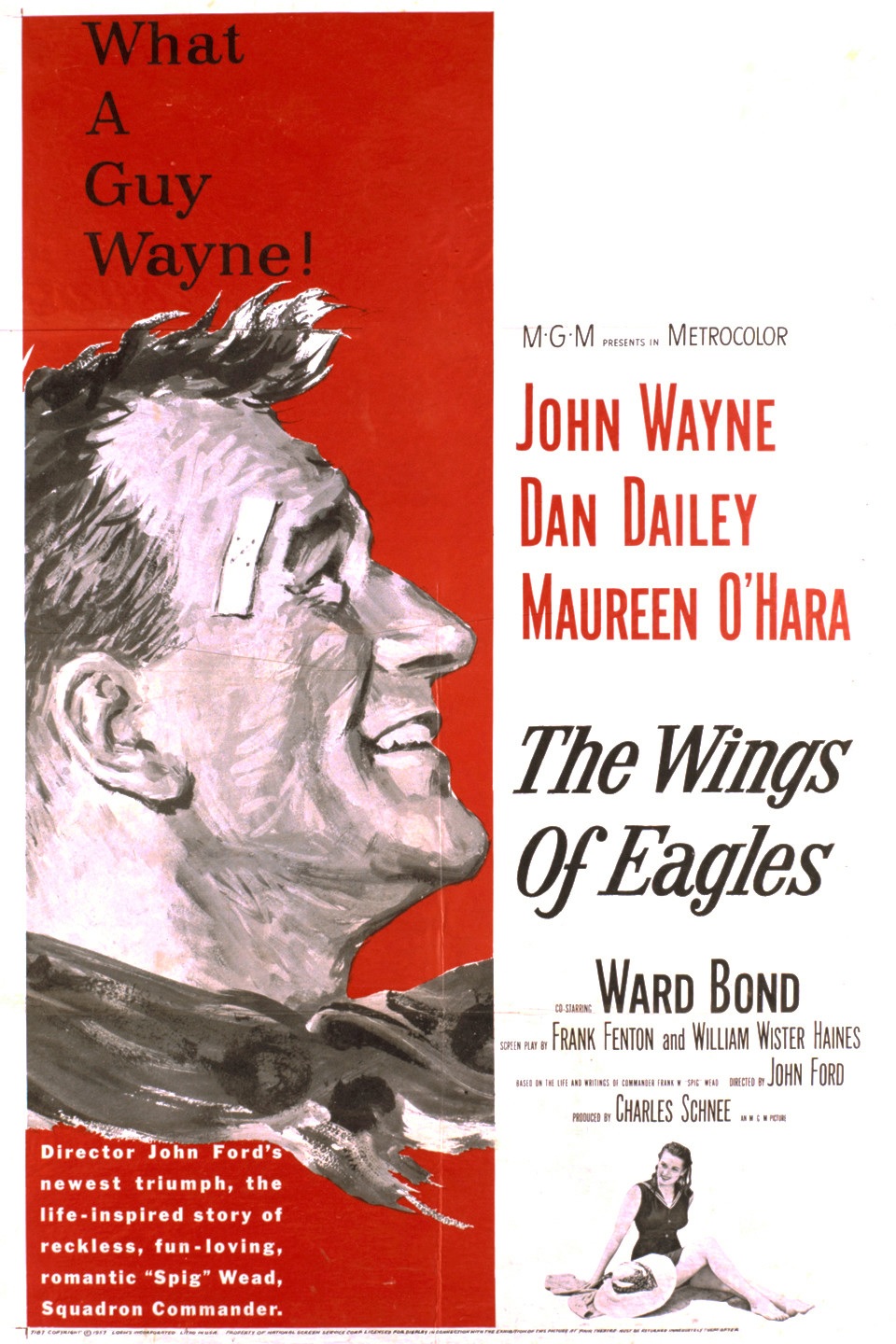 The Wings of Eagles (1957). John Wayne, Dan Dailey, and Maureen O’Hara star in one of John Ford’s most personal films, in which he pays tribute to a man he knew and admired in real life, pioneering World War I naval aviator Frank “Spig” Wead. Although Wead (Wayne) is instrumental in advancing the cause of American air power, he endures a troubled personal life, becoming estranged from his wife, Minnie (O’Hara) after the death of their baby. During a bout of drinking, he tumbles down the stairs of his home and is paralyzed. With the help of happy-go-lucky Navy mechanic “Jughead” Carson (Dailey), Wead regains some use of his legs and eventually restores meaning to his life. The film was shot on location at the Naval Air Station in Pensacola, Florida, using real Navy men as extras.