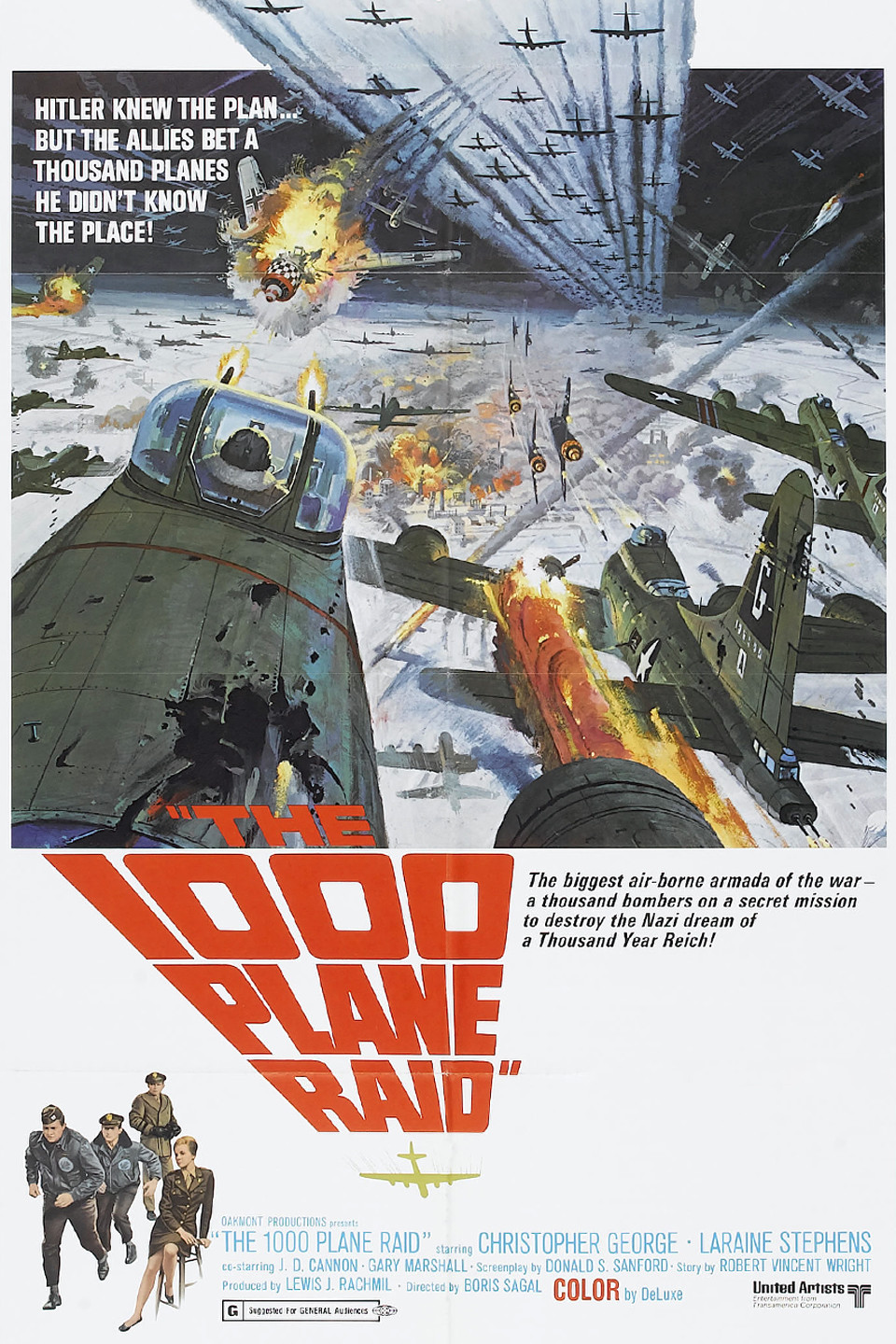 The Thousand Plane Raid (1969). An American serving at a Royal Air Force base in England, has a grand military dream: a risky plan to send a fleet of 1,000 bombers to a German airplane factory as a strategic strike. He badgers his commanding officers until he has his way, losing friends and alienating people as he goes.