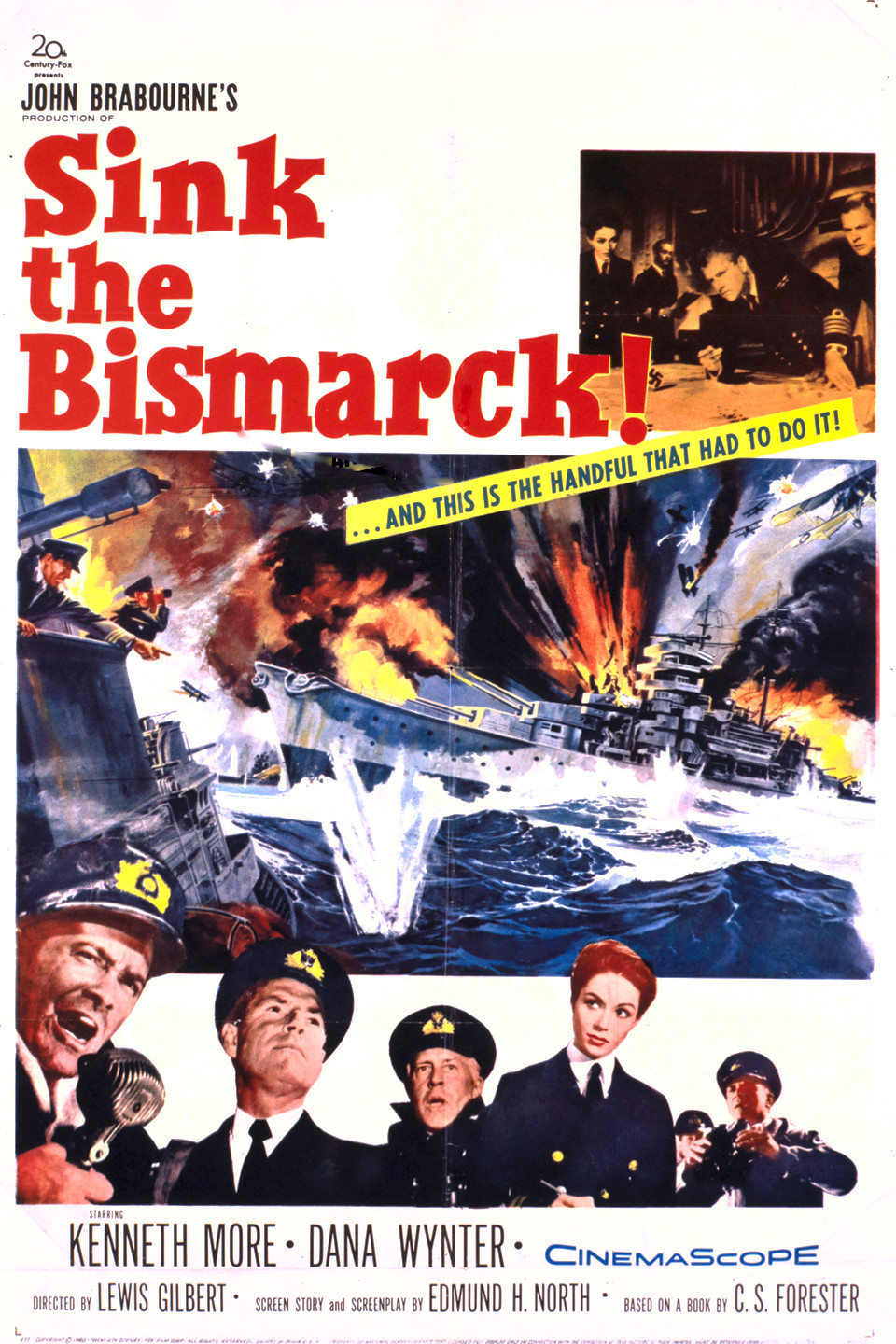 Sink the Bismarck (1960). Based on the true story of the hunt for the Nazi super-battleship Bismark, this film follows the valiant attempts of the British Admiralty’s chief of operations, Captain Jonathan Shepard, and his team as they gather intelligence and launch an offensive against the dreaded German juggernaut.