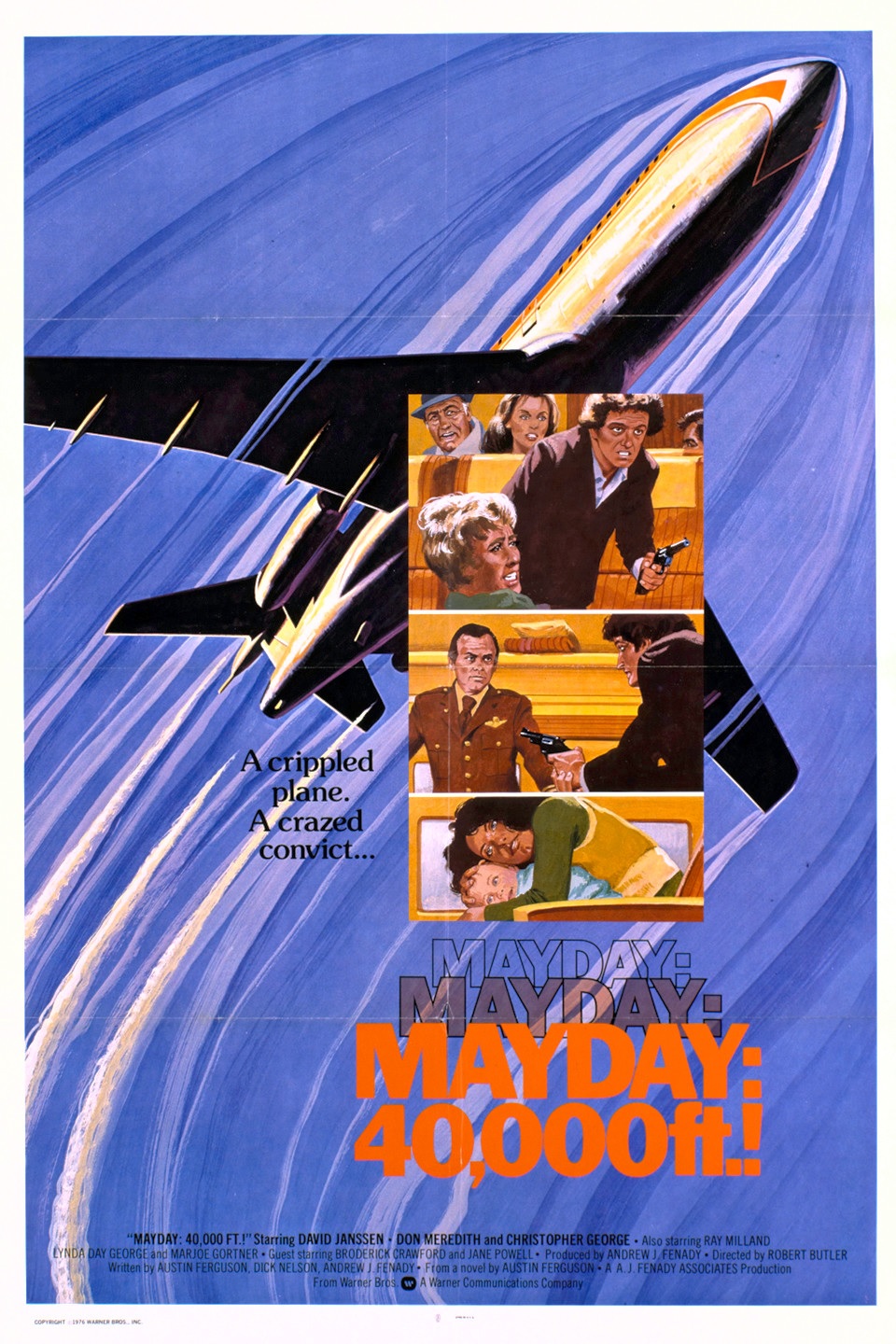 Mayday at 40,000 Feet! (1976). Blinding snow threatens to send a jetliner hurtling toward doom. But Captain Pete Douglass (David Janssen, TV’s The Fugitive) has more than a snowstorm to battle when an armed madman turns the fuselage into a shooting gallery and his fellow passengers into clay pigeons. Made in the era of Airport, The Towering Inferno and more epics of disaster, Mayday at 40,000 Feet! is piloted by three-time Emmy-winning director Robert Butler. Butler isn’t the only award recipient aboard the project: Best Actor Oscar winners Ray Milland and Broderick Crawford are among those flying straight into peril.