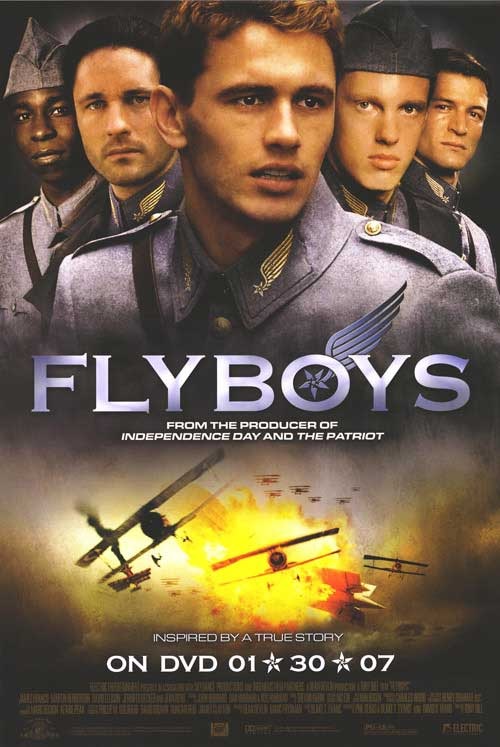 Flyboys (2006). “Flyboys, the first World War I aviation film in over 30 years, is inspired by the epic, courageous tale of the American young men who would become known as the legendary Lafayette Escadrille. They were ordinary boys who volunteered for the first World War looking for adventure, and in the process, they became heroes. Never before has a movie so accurately portrayed the thrill and danger of the aerial dogfights that played such an integral role in the Allied resistance.