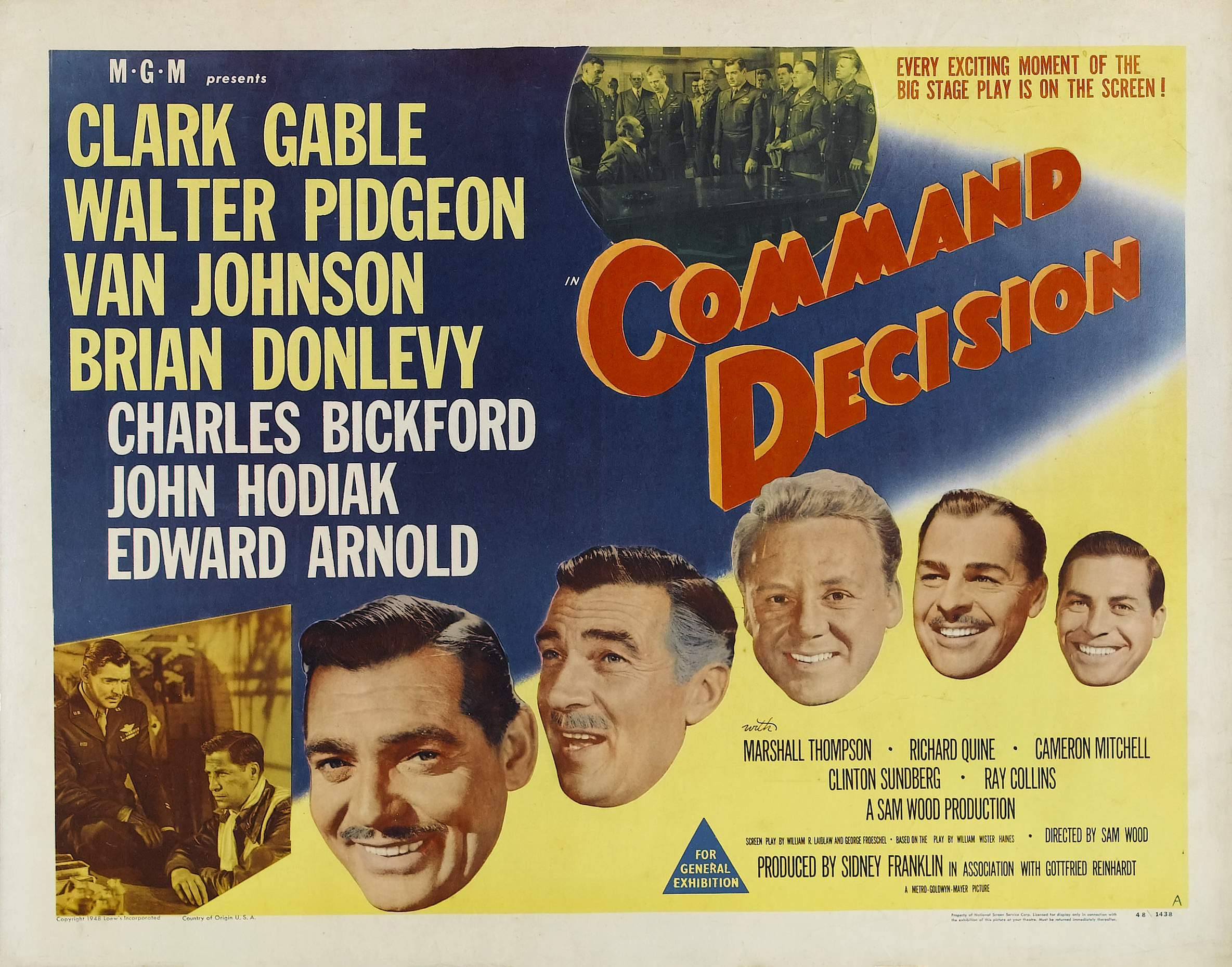 Command Decision (1949). World War II drama that shows the battles – on and off the field – that a general must fight in order to win the war. General Casey of the US Forces in England must fight congressional representatives and his own chain of command to be allowed to complete an important mission. He must get his men’s planes out, during a small window of fair weather, in order to prevent the Germans from making more military jet planes. Although the general knows the success of his plan could decide whether the Germans get the upper hand in the war, it could also mean suicide for his men. Adapted from the William Wister Haines stage hit.