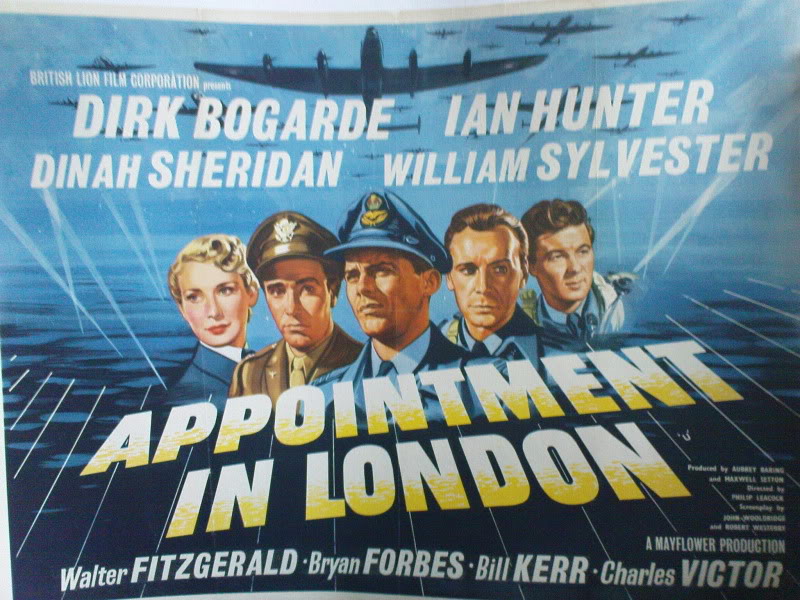 Appointment in London (1953) has a grounded British wing commander (Dirk Bogarde) that tries to make sure his men concentrate only on their job and so keeps women away from the base, but then he himself meets naval officer Eve Canyon. He then risks court-martial to make his 90th bombing run over Germany.