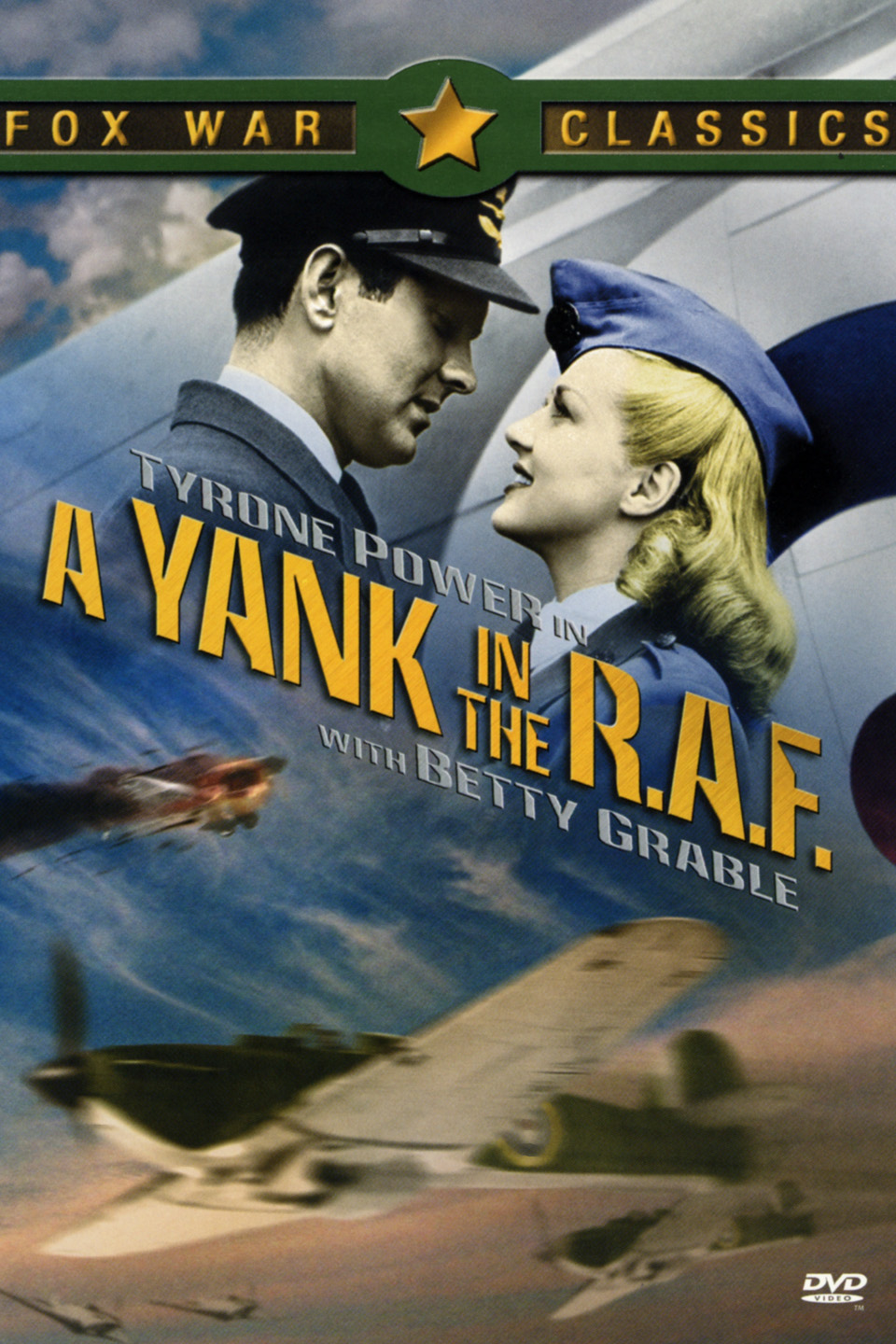 A Yank in the RAF (1941). Tyrone Power pursues Betty Grable and becomes A YANK IN THE R.A.F., in this romantic drama set in the early days of WWII. For smooth-talking daredevil pilot Tim Baker (Power), flying is a game and the war is simply an opportunity to make some quick money. When a high-paying job ferrying bombers across the Atlantic lands him in London, he runs into Carol (Grable), an old flame, and joins the R.A.F. just to be near her. But problems arise when Carol is pursued by another pilot (John Sutton), who treats her better and happens to be Baker’s superior officer! When both men start flying bombing missions over Europe, Carol finds that choosing between them is suprisingly hard, and Baker learns that not everyone takes life as lightly as he does.