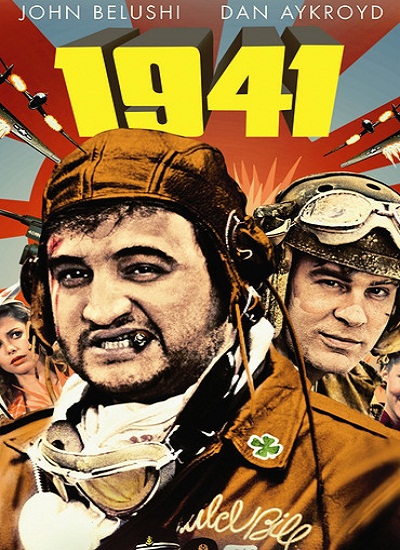 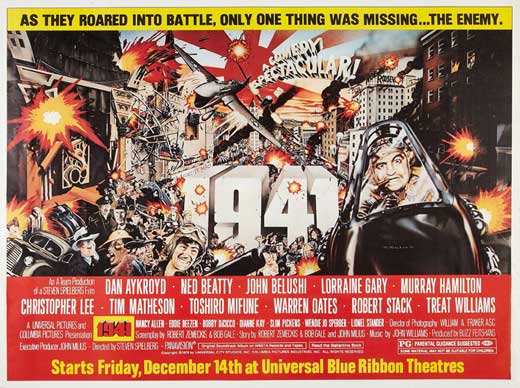 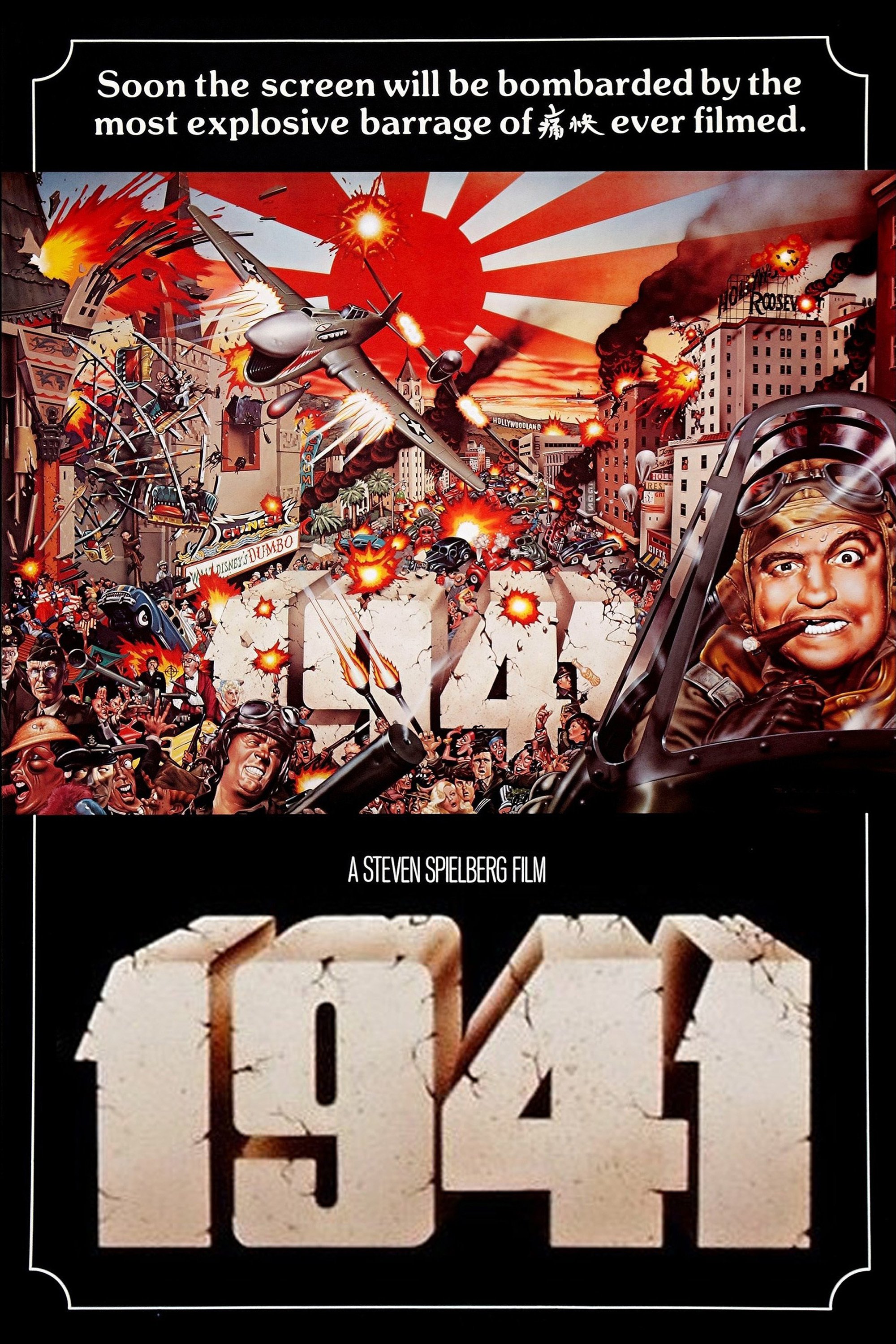 1941 (1979). Steven Spielberg directs this riotous farce depicting the hysteria of a cross section of Los Angeles citizens following the bombing of Pear Harbor. The film is loosely based on a true event in which a Japanese submarine surfaced off the California coast, setting off a brief wave of panic.