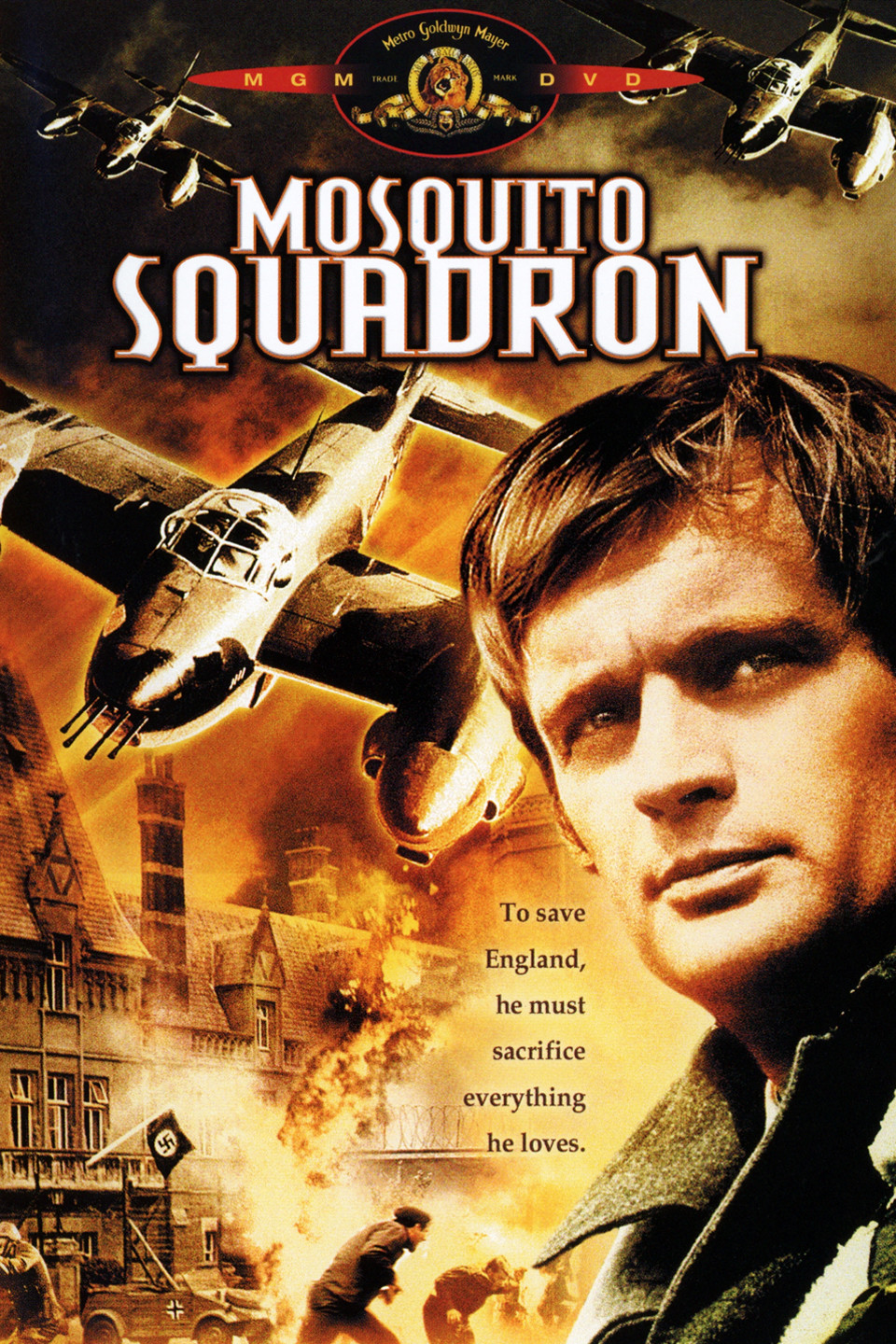 Mosquito Squadron (1969). David “Scotty” Scott is shot down over France and thought to be dead. His best friend, Quint, takes his place not only as leader but also in the arms of Scott’s wife. Quint is to lead an attack where Allied soldiers are being held. Quint realizes that Scotty is alive and being held in his bombing target.