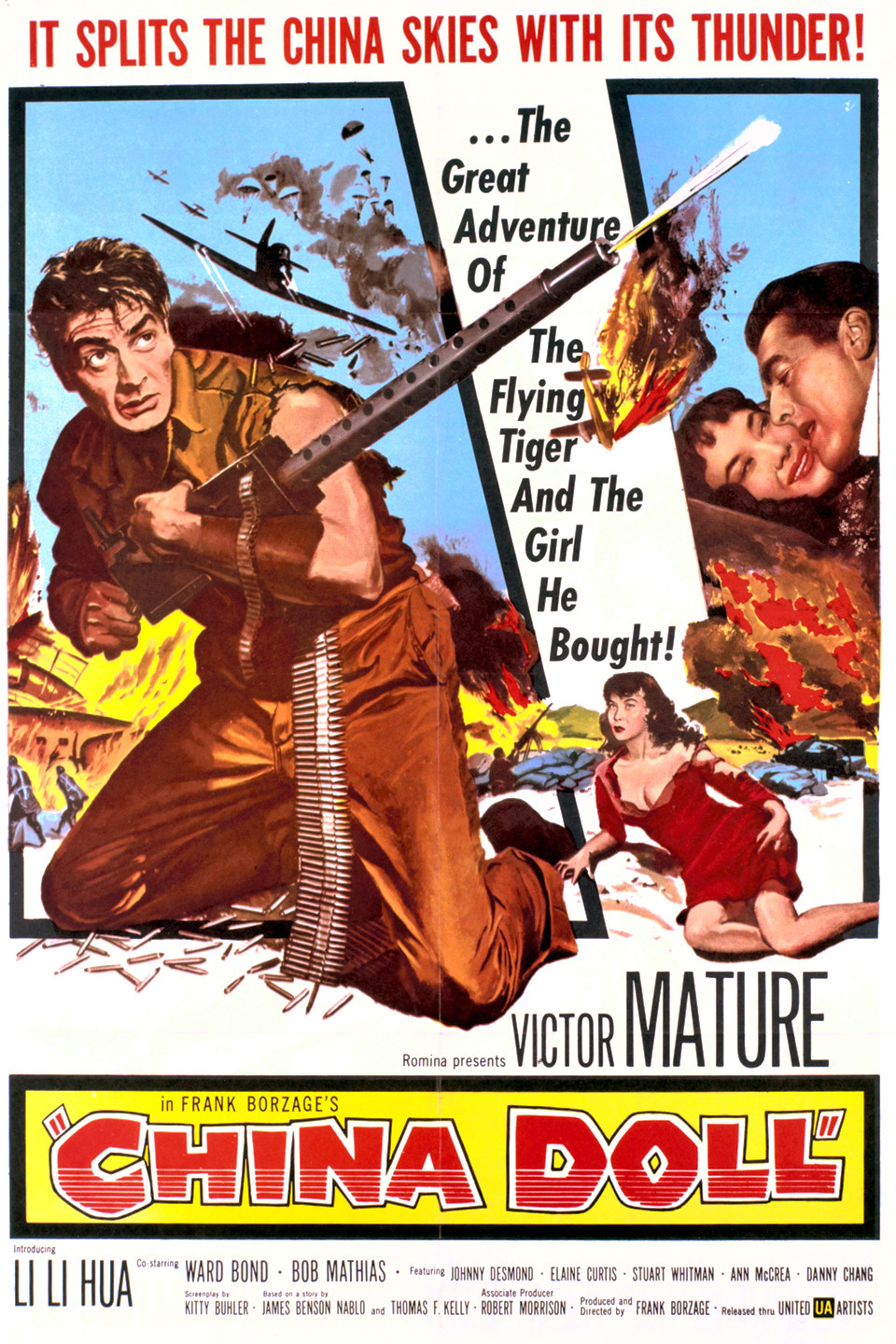 China Doll (1958). Victor Mature’s long-suffering, bloodhound visage is the central image in Frank Borzage’s wartime romance drama China Doll, a perfect example of what critic Andrew Sarris once referred to as Borzage’s films about war as an intrusion on the emotional privacy of lovers. Mature plays Air Force Captain Cliff Brandon, stationed in China and training elite pilots by day during World War II. At night, Brandon becomes a drunken loner shunning the company of his men, Red Cross nurses, and local women who try to sell him comfort. Things change when Brandon, stumbling home from a bar, agrees to buy an old Chinese man’s daughter, Shu-Jen (Li Hua Li), for three months, a decision the officer instantly regrets in the cold light of day. Convinced by his sole confidante–a priest (Ward Bond) running an orphanage–that the only honorable way out is to let Shu-Jen fulfill her three-month obligation, Brandon soon finds himself falling for her and re-embracing life. With the world on a collision course with itself, however, Brandon and Shu-Jen’s shared destiny departs from the life of mutual salvation and closeness they’ve earned. Borzage’s delicacy with the love story finds echoes in parallel relationships between other characters. In fact, struggling for a clear path to intimacy in the midst of battle seems very much on the minds of everyone in this movie. Action sequences are reasonably crisp, though they’re not designed to thrill so much as devastate viewers. A climactic scene set at an Air Force base under attack by Japanese pilots is one of the most powerful and poignant wartime visions in American cinema.