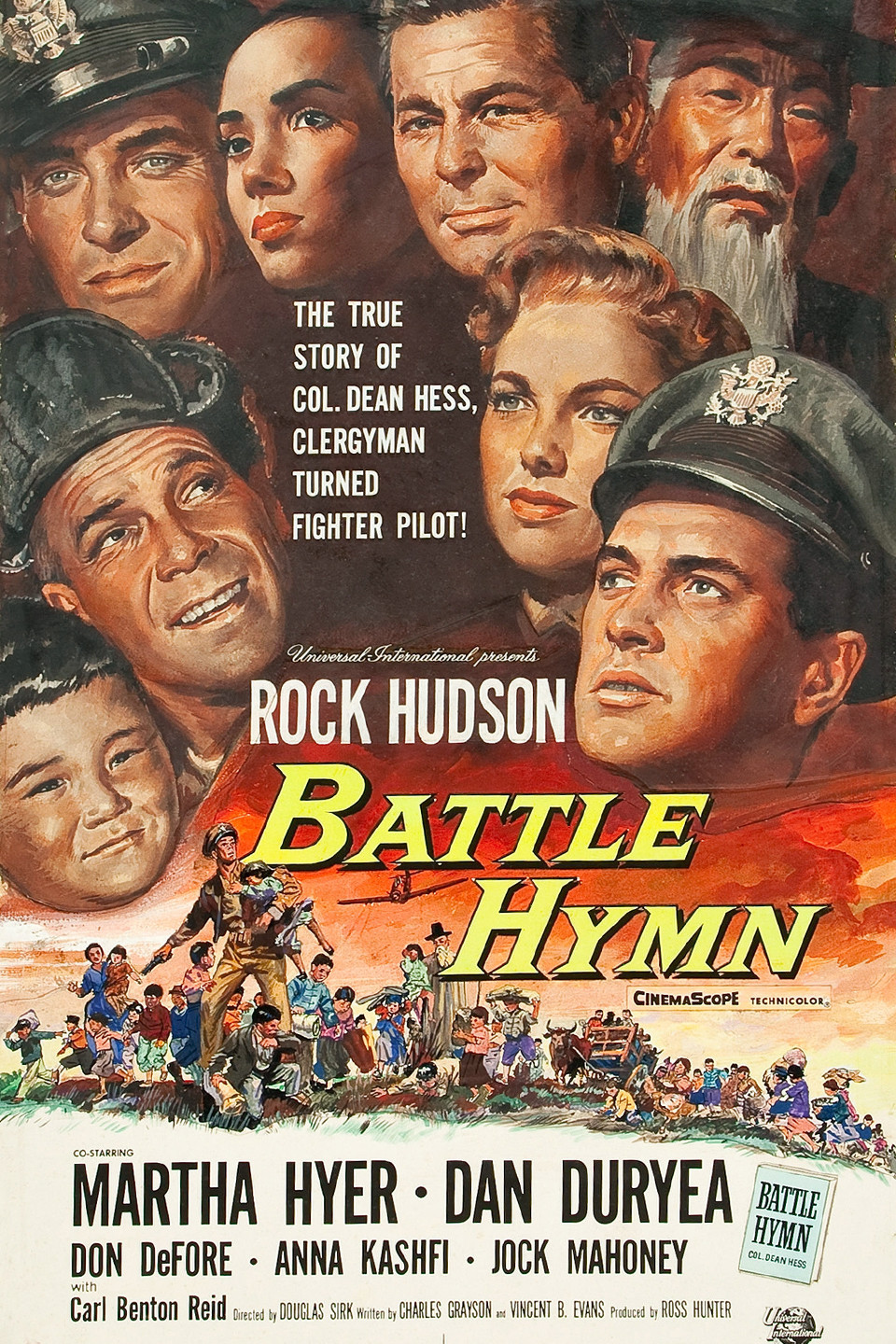 Battle Hymn (1957) is based on actual events. Colonel Dean Hess (Rock Hudson) accidentally bombed a German orphanage, killing 37 children. Hess eventually rejoins to train pilots in Korea, while devoting his spare time to building a shelter for orphans. But now, he must fight…and face the past once again!