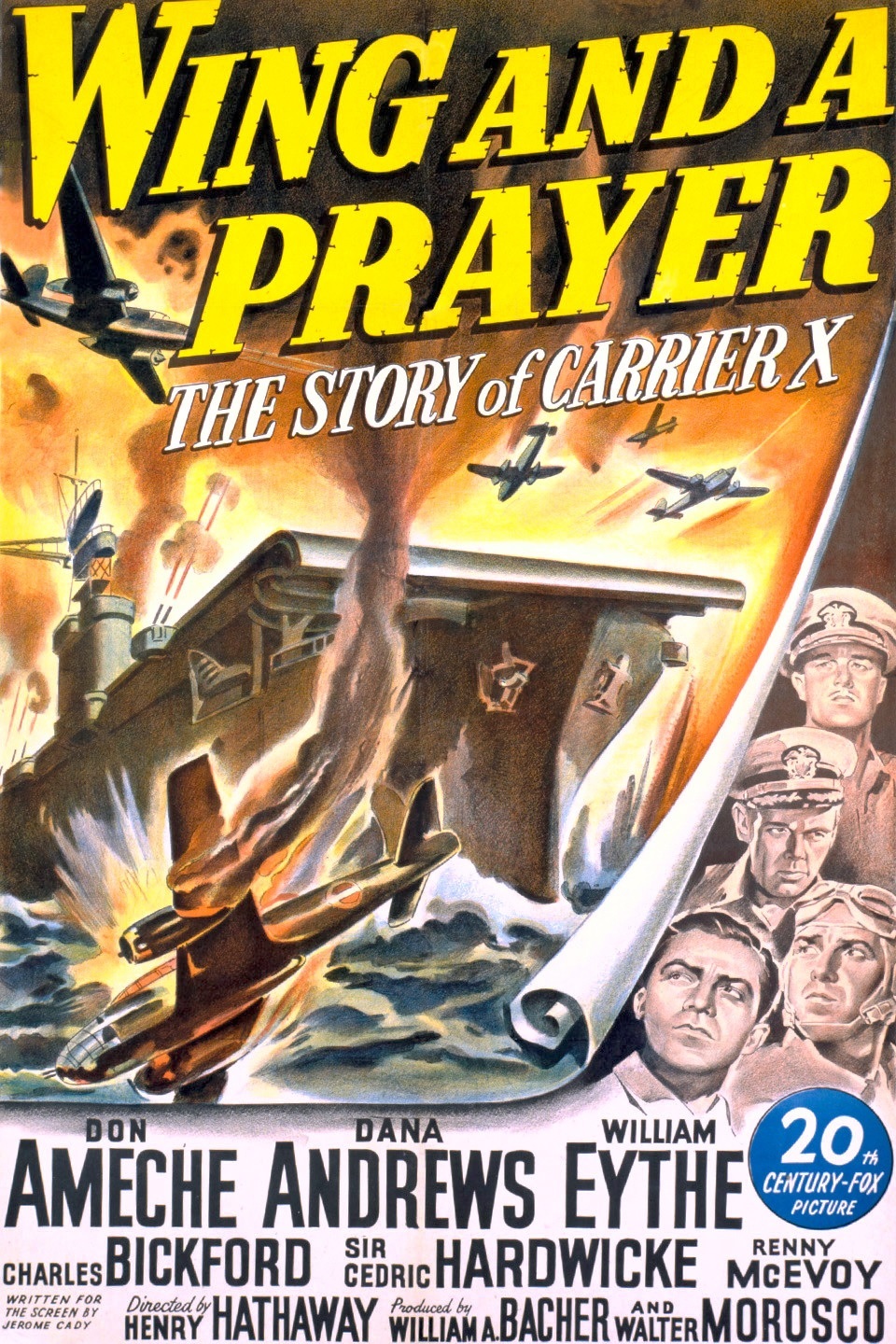 A Wing and a Prayer (1944). Don Ameche, Dana Andrews, William Eythe and Richard Jaeckel star in this acclaimed film about newly-trained pilots assigned to an aircraft carrier immediately following the attack on Pearl Harbor. Anticipating the battle of Midway, which will determine the future of the war in the Pacific, U.S. naval leaders attempt to lull the Japanese into a false sense of security by making it look like the American military is afraid to engage the enemy. Eager to fight, the young airmen aboard the carrier are not only confused and angered by their orders, but must also cope with a by-the-book officer (Ameche) who puts discipline and regulations above all else.